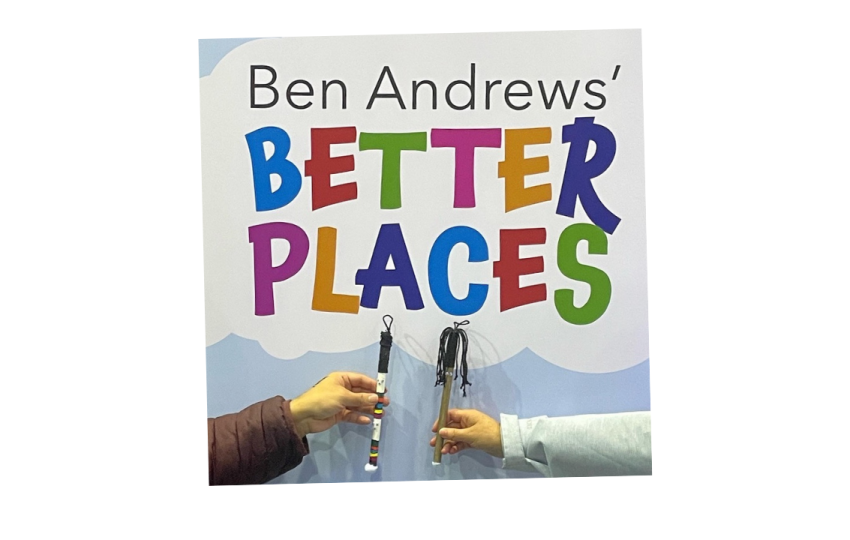 It’s been just over one-month since my series of children’s picture books, Better Places, were officially announced. It’s been a whird wind of a time which I wanted to reflect on and share so here’s a quick recap. 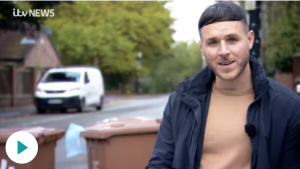 On Wednesday 17th October, we were lucky enough to have the first book in the Better Places series, Better Places Nicky and Candy’s Street, announced on ITV’s Granada Reports.

This comes after weeks of preparation for a later, likely much more subtle announcement date, but with thanks to a network of colleagues helping spread the work to their media contacts, ITV picked up on the story and it was an opportunity we could not let pass us by.

Not only has this generated much more exposure for the book than we could have hoped for (the response has been amazing), but it’s provided us with a nice little video to share and prompt further interest as well as an open door with ITV to get back in touch once the books released and doing the work we intend (more to come on that).

I’d like to say here a massive thank you to Christine Pyke from the University of Salford who put us in touch with ITV, ITV for supporting the announcement and Rob Smith for capturing and reflecting the story so well, which you can catch up on here.

Following ITV’s announcement and with-it Nicky and Candy’s Streets fantastic illustrations, this brings me to another announcement I was so pleased to see shared this month, as the illustrator for the Better Places series, Charlotte Jenkins.

There’s a lot that goes on behind the scenes in the illustration of a children’s book. For Charlotte’s first one, she’s stepped up to the plate and is doing a fantastic job in capturing and reflecting quite a complex topic in her fun, quirky style – which is exactly what we wanted for the books.

Aside from being a great illustrator, Charlotte is a pleasure to work with, is so considerate and patient in working to make sure we’re all happy with what’s produced and has the perspective we need when approaching the issues Better Places aims to shed a light on – which I believe is reflected well in Charlottes comment below. 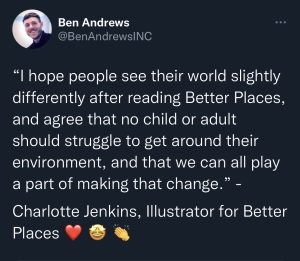 You can read more about Charlotte Jenkins here.

It wouldn’t be right writing this post without a mention of my brilliant publishers, Tiny Tree Children’s Books.

Every opportunity that has come at us this month they’ve fully got behind and have made happen; reaching out to media outlets, capitalising on the ITV feature, and sorting out promotional materials for events to name a few.

And this all does really seem to be paying off with us receiving phenomenal support through pre-orders and interest from organisations in the book. I can’t thank you all enough for that.

We also hit a major milestone this month in meeting in the flesh with Ant from Tiny Tree Children’s Books after years of Zoom meetings and phone calls.

I’m hopeful we can sneak a few more face-to-face meetings in in the coming months – alongside James the other half of Tiny Tree.

Nothing about us without us 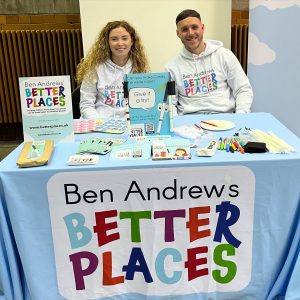 With all the designs announced and shared, we were now able to promote Better Places with some physical content and activities.

I’m pleased that I was able to do this through The People’s History Museums ‘Nothing About Us Without Us’ event to kick off their Disabled Peoples Activism: Past, Present and Future exhibition on Saturday 19th November.

The event provided the opportunity to share some of our beautifully, colourful looking content, talk to disabled people and supporting organisations about the books and have a bit of fun with our ‘Can you make Candy the white cane’ craft activity where we saw some amazingly creative white canes been crafted up.

My favourite was the white cane with dreadlocks featured in the feature image above but I’ve got to give a special shout out to my nephew, Alfie, the youngest of the cane makers who came along and gave it a real effort.

This was my first time out for the promotion of Better Places, and I really enjoyed it. It’ll be the first of many and I, in fact, on the back of the event have been invited down to Manchester Central Library on Friday 2nd December to speak at and have a stall at Greater Manchester Coalitions Disability History Month event between 13:00pm – 16:00pm.

I’m looking forward to it and if you have the time please do pop down, enjoy the event and please do come over for a chat.

In the meantime, you can learn more about the Better Places picture book series by exploring this website.

Reach out to us